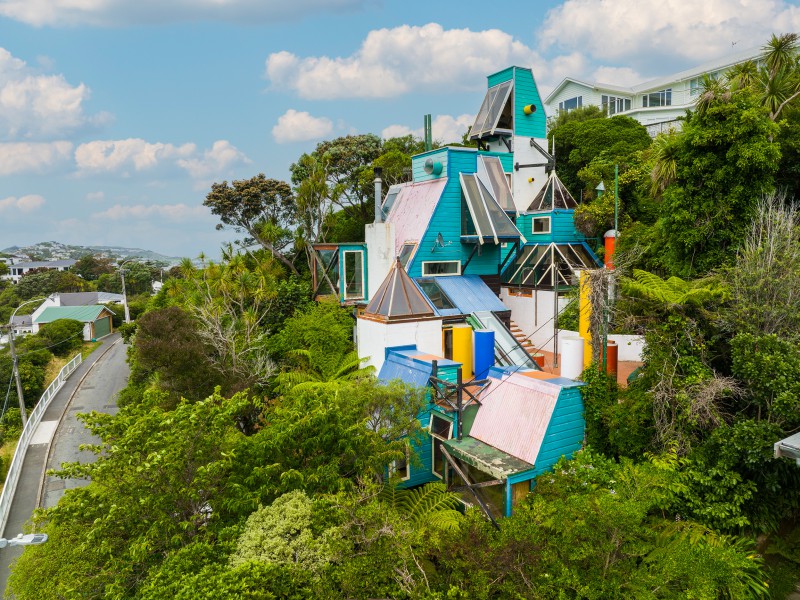 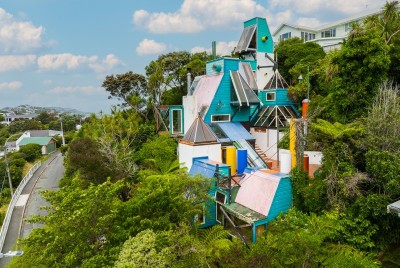 Enviably set into the Karaka Bay hillside with sweeping views of the harbour entrance and the Orongoronga mountains is Roger Walkers "The Britten House". This multi-level four-bedroom modernist home was commissioned in the 1970's by well-known restaurateur Des Britten and is as iconic as it is famous. It featured in Phaidon Atlas's book 20th Century World Architecture, as one of the world's top 750 architectural triumphs of the 20th century. Make no mistake it needs significant restoration work, but remarkably, it is in almost completely original condition, making it possible to either restore faithfully or make your own. Features include:

- Four bedrooms, two bathrooms and multiple living areas, including a lookout tower with breathtaking harbour views that stretch from Cook Strait to beyond Scorching Bay
- A variety of living areas, viewing spaces, shapes, angles and numerous other quirky signature hallmarks of a classic Roger Walker design and today's regulations and construction costs would make it impossible to build again
- The large courtyard is perfect for summer barbeques while enjoying jaw dropping views, sun, shelter and privacy.
- One of our most sought-after locations; walk down to Karaka Bay and the golden sand beach at Scorching Bay with its popular seaside cafe.
- The enduring legacy of a modernist marvel built by a celebrity architect for a celebrity owner and internationally recognised architecture
- Internal double-garage with underground staircase that represents what an amazing feat of engineering this home was in the 1970s
- Buyer Enquiry Over just $750,000, reflecting the potential (current RV is $1,580,000 with Land making up $1,300,000 of that)

This is your chance to be part of Wellington's architectural history. To say it is a rare opportunity is an understatement. 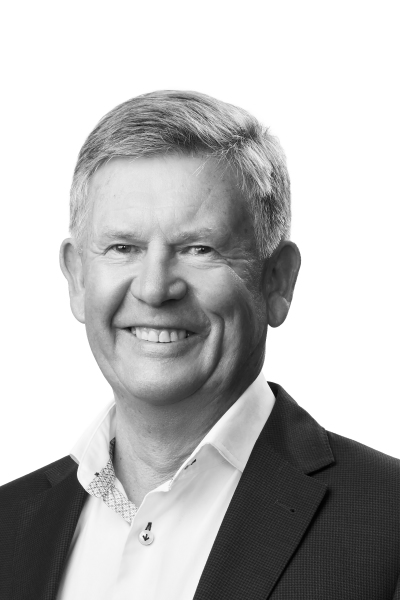 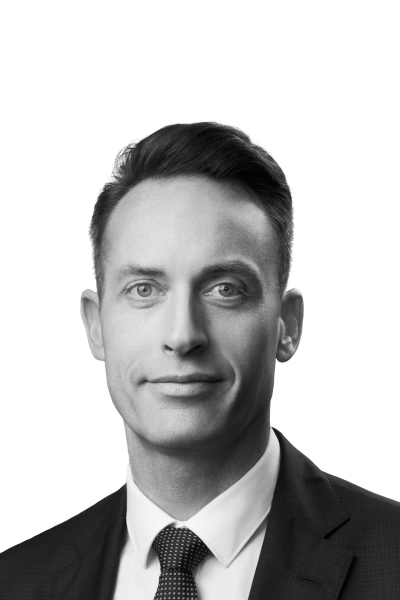 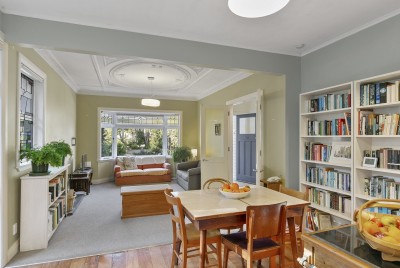 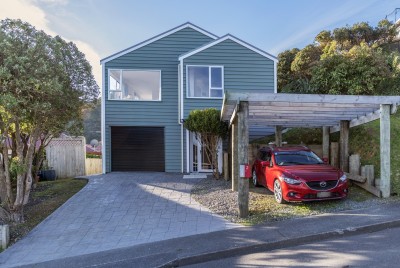 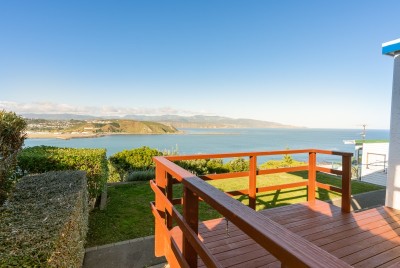 3
1
1
1
73 View Road
Houghton Bay
Ref# LOWE4767
For sale for the first time in nearly 30 years, this low-maintenance gem will astound you with its spectacular panoramic views that stretch...
BEO $995,000 | Tender
View 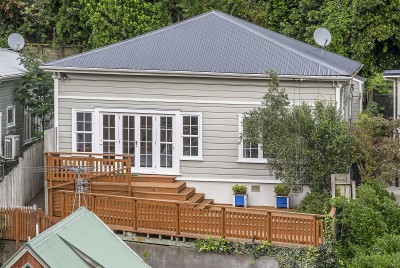 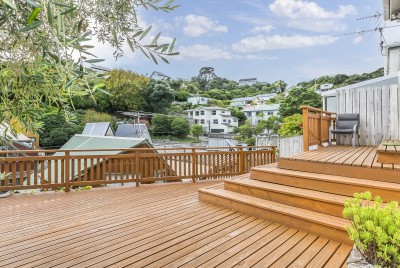 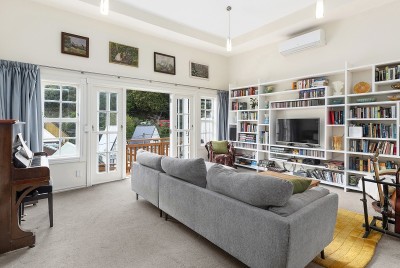 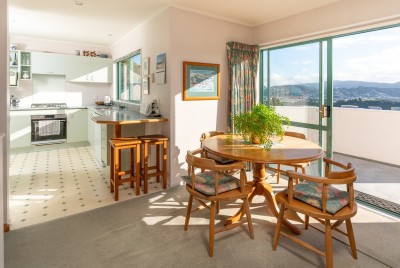 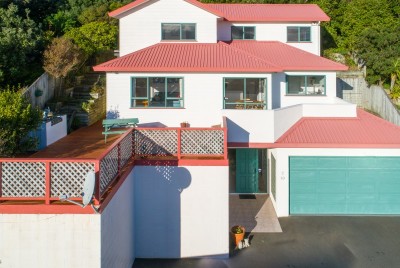 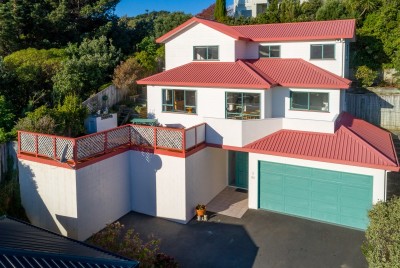 3
1
4
1
Unit 2, 83 Townsend Road
Miramar
Ref# LOWE4759
Forget the RV -We are wanting you to offer at a price level you see value. The fact this home hasn't changed hands since it was built tells...
By Negotiation
View 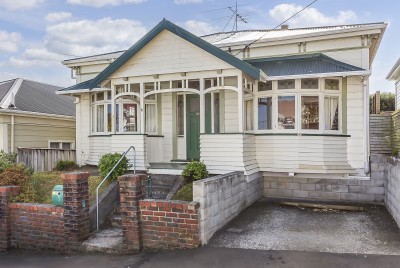 3
1
1
1
5 Douro Avenue
Newtown
Ref# LOWE4756
This delightful, character home combines all the charm of a classic double-bay villa with the thoughtful, layout of a modern, family home....
By Negotiation
View 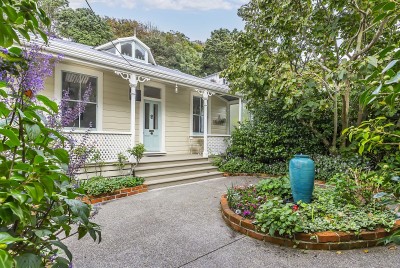 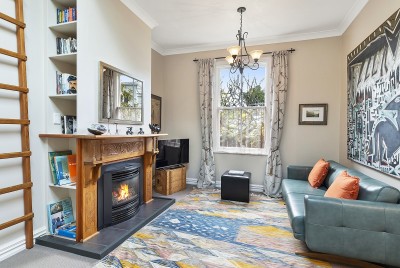 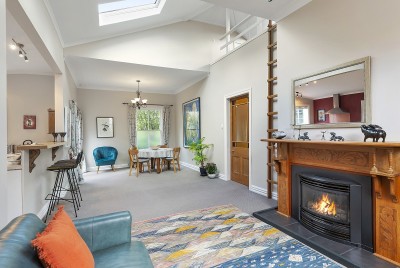 3
1
1
131 Aro Street
Aro Valley
Ref# LOWE4725
Could inner-city living be more private, picturesque, or peaceful than this renovated Victorian cottage? Set back on the sunny side of Aro...
BEO $1,225,000
View